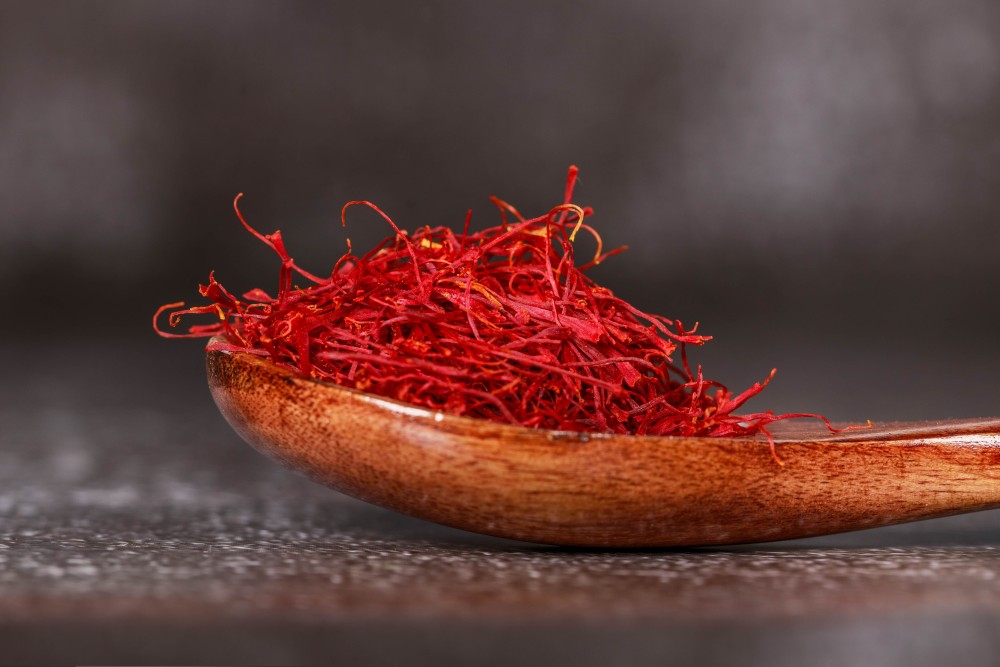 Saffron, the world's most expensive spice, often described as “Red Gold”, is obtained from the stigmas of the Crocus Sativus flower. Saffron is believed to have originated in western Asia and Iran. Iran is responsible for around 90% of global production and accounts for 45% in export value followed by Spain (21%) and Afghanistan (10%).

The high retail value of saffron is maintained in the global market due to labour-intensive harvesting methods, of which the stigmas can only be gathered by hand. It has been reported that between 150,000 and 200,000 flowers are needed to produce 1 kg of saffron.

Saffron has a long history of economically-motivated food fraud and can be typically adulterated with substances such as beetroot, pomegranate fibres, corn silk or the saffron crocus's styles. Powdered saffron is also prone to adulteration, with crocus petals, turmeric, paprika, and flours/starches used as diluting fillers. Safflower has also been reported as a substitute/adulterant. In a recent case, reported by Food Safety News, the Spanish Guardia Civil dismantled a network selling modified gardenia as saffron. National authorities investigated three companies, arrested 11 people and seized 10,000 kg of the gardenia extract.

Bia Analytical have worked with trusted partners to address industry wide concerns by developing an authenticity test for powdered saffron. This test has been validated to detect common adulterants in saffron powder. The test will continue to be updated with the aim of offering country-of-origin and quality tests in the future.

Belfast based Bia Analytical can help reduce food business’ exposure to the risk of food fraud using industry-leading, cutting-edge spectroscopy and data science based testing methods. Spectroscopy combined with chemometric modelling is becoming the most reliable method for adulteration detection in herbs and spices.

This technology enables Bia Analytical to provide results within a guaranteed three working day turnaround time, empowering food producers and their suppliers to make decisions and retain consumer confidence in their products.