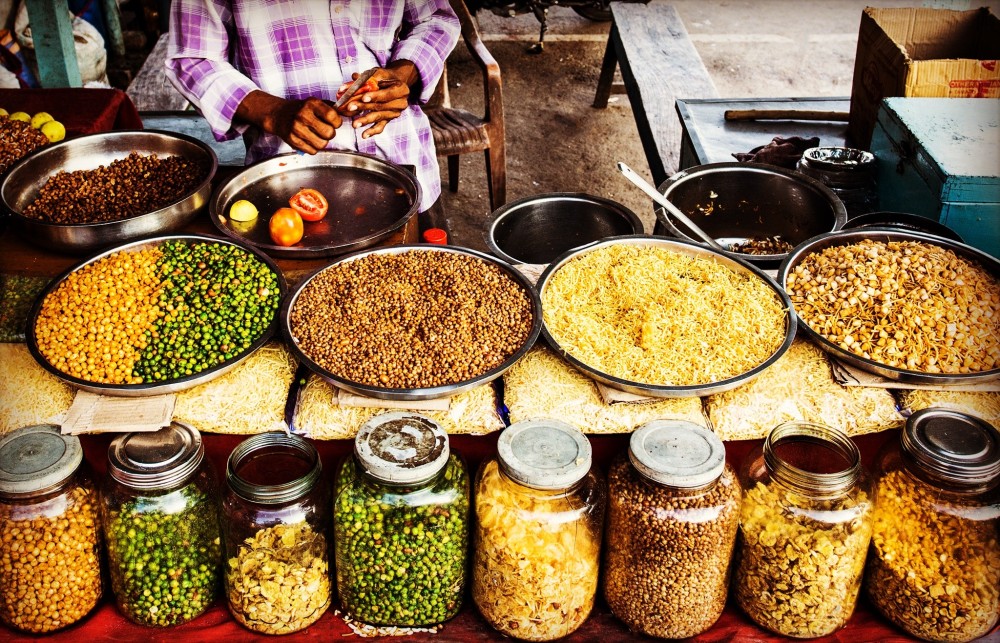 ​By Cahal Milmo for I News

Ever since the Ancient Greeks stumbled upon the abilities of a hardy mountain herb to improve food, oregano has been embraced by cooks as a failsafe method of elevating a dish with a sprinkling of its verdantly flavoursome leaves.

But these days the plant once attributed to the goddess Aphrodite as a symbol of joy is at risk of – quite literally – leaving a bitter taste in the mouth for British diners, amid evidence that the herbs and spices industry is increasingly being targeted by fraudsters.

Figures seen by i suggest it is Britain’s most commonly adulterated culinary herb, with recent Food Standards Agency random testing on batches sold in locations from supermarkets to corner shops finding dried oregano mixed with olive leaves and “mineral material”.

It follows evidence from the European Union last year that nearly half of the Mediterranean flavouring sold on mainland Europe is tainted.

Experts have warned that as a result, everyday dishes from pizzas to lamb kebabs are at risk of lacking much of their traditional punch if a dash of dried seasoning turns out to have been bulked out with bitter olive or myrtle leaves.

Indeed, oregano is but one harbinger of a welter of epicurean ill tidings when it comes dodgy seasonings.

Investigators and analysts have told i that the $20bn (£17bn) global herbs and spices industry is being increasingly targeted by organised crime gangs and fraudsters determined to use disruptions to global supply chains, caused by factors from Brexit to Covid-19 to the war in Ukraine, to cash in with fake, adulterated or contaminated products.

Investigators and analysts have told i that the $20bn (£17bn) global herbs and spices industry is being increasingly targeted by organised crime gangs and fraudsters determined to use disruptions to global supply chains, caused by factors from Brexit to Covid-19 to the war in Ukraine, to cash in with fake, adulterated or contaminated products.
From the addition of chalk and dyes to turmeric, to bulking out black pepper with papaya seeds or coffee-bean husks, to the discovery in recent weeks of a criminal gang in Spain using advanced molecular manipulation techniques to counterfeit saffron, there is concern that shoppers are at risk from a new wave of attacks on the herb and spice industry’s lengthy supply chains.

An investigation by i this week found an India-based international retailer openly advertising online at least one known adulterant, on the basis that it could be “used in grinding to lower production costs”.

A senior figure in Britain’s fight against food fraud, which is estimated to cost the UK some £11bn annually, said current economic conditions were leading criminals to seek out “weaknesses” to exploit for profit.

Ron McNaughton, head of the Scottish Food Crime and Incidents Unit at Food Standards Scotland (FSS), said: “There is no doubt that our food supply chains are under significant pressure as a result of Brexit, Covid, the war in in Ukraine, and the general cost of living crisis.

“All these factors have the potential for criminals and organised crime groups to exploit… Spices are a commodity which are vulnerable to criminal exploitation.”

He added: “The key issue here is that we are dealing with international supply chains. And as these chains get larger, they become increasingly hard to secure. Businesses must be cognisant of the risks and aware that there are criminals out there who will exploit any weaknesses in the supply chain.”

Mr McNaughton said the FSS, which currently has five active food fraud cases before the Scottish courts, had dealt with examples of adulterated saffron “in the recent past”.

South of the border, the Food Standards Agency (FSA) carries out regular surveillance testing due to an ongoing issue with “herb and spice authenticity”, which is monitored by the National Food Crime Unit.

Its latest figures show that 15 per cent of oregano samples, bought from mainstream as well as independent retailers, failed to meet standards due to adulteration with olive leaves – the most common oregano adulterant because of its resemblance to the herb once dried – as well as the presence in other samples of “extraneous plant and mineral-like material”.

Giles Chapman, the FSA’s head of analysis, said dried herbs and spices were “particularly vulnerable to fraud” at a time when consumers and businesses were trying to cope with a “challenging” economic picture.

“This may lead consumers to seek more competitively priced products, and mean unscrupulous businesses take the opportunity to provide fraudulent, unsafe or inauthentic products to meet this demand,” he added.

The results are likely to be felt in kitchens up and down the land. Fraudsters have been known to add dangerous lead-based dyes to chilli or saffron, but experts said there is a high level of vigilance for such additives and instead British cooks are more likely to notice a lack of flavour in their food.

One researcher, who declined to be named because of their ties to a major food manufacturer, said: “If you’ve picked up a tainted batch of something like dried oregano or coriander, it probably won’t do you any harm but you’ll notice it lacks that intensity of flavour.

“Something like olive leaf can leave a bitter taste. The risk is that your pasta sauce and your chicken korma will be a bit lacklustre.”

Evidence shows that adulteration and fraud applies across the full spectrum of plant-based flavourings, from green herbs such as parsley and basil to spices such as cinnamon and paprika.

An EU study published late last year, based on 1,900 herb and spice samples from 23 countries, found that almost one in five (17 per cent) showed signs of adulteration.

While oregano was by far the most troublesome – 48 per cent of samples came back as tainted – there were also high readings for pepper, cumin, turmeric and saffron.

A separate Norwegian study last year looking at 62 retail samples of dried basil, oregano and paprika found just five were pure, with 47 featuring at least one other adulterant. In seven cases the tested products were found to contain none of the advertised herb or spice at all.

At the heart of the problem is the malign, age-old temptation of ripping off consumers to boost profits. The global herb and spice industry is predicted to be worth as much as $50bn (£42bn) by 2028, with annual growth of 5.5 per cent.

As one market analysis put it earlier this month: “Since the international spice trade has developed considerably, spices have become more susceptible to adulteration. The goal to maximise profit margins frequently drives deliberate adulteration.”

Faking it: How fraudsters taint herbs and spices for profit

Parsley – one of several herbs where similar leaves from abundant plants can be substituted for the real thing. In the case of parsley, leaves from celery, olive, myrtle, strawberry tree and hazelnut have been found in samples.

Vanilla – extract from the tonka bean can be added to vanilla paste or extract as a cheaper replacement. Vanilla flavouring can also be adulterated with synthentic equivalents derived from petrochemical processes.

Coriander – high-quality seeds can be mixed with lower grades or spent seeds from which the flavouring oils and resins have already been extracted. Ground coriander can be adulterated with plant waste or wood dust.

Experts emphasised that Britain continues to have a good record with food safety and strategies for monitoring. But concern remains over the impact of Brexit, which saw the UK exit EU early warning networks and suspend or modify checks on inward-bound foodstuffs.

Dr Alice Rizzuti, a specialist in food crime at Hull University, said: “I would not say the UK is more vulnerable to food fraud than other countries. However, the consequences of Brexit – leaving EU food law, the EU intelligence networks and counter-fraud strategies – might have weakened the UK food system. The clear consequences of this are still to be seen.”

Herbs and spices are by no means the only foodstuffs targeted by crime gangs. Among recent cases uncovered in Europe and America in recent years are large-scale frauds involving olive oil, tuna – where chemicals were added to fish destined for canning to make it look premium fresh steaks, and grated Italian hard cheese found to contain wood pulp.

Industry sources told i that black pepper, the world’s most widely-used spice, is vulnerable to a process whereby its essential oils are removed using a chemical process. While the oils are sold on to commercial food companies, the resulting flavourless husks are mixed back in to bulk out ground pepper products along with other material such as papaya seeds.

But when it comes to seasonings, there is evidence that fraudsters are becoming ever more creative and more blatant.

One spice exporter based in southern India was this week advertising coffee bean and black pepper husks online – both are known adulterants in the trade. In its sales description, the company described the pepper product as “cleaned husk which can used in grinding to lower the production cost”.

Criminals are also becoming increasingly sophisticated in the ways they alter products.

Criminals are also becoming increasingly sophisticated in the ways they alter products.
Hitherto, fraudsters have used cheaper lookalike plants to fake herbs – for example, using celery leaf in dried parsley, or crude bulking agents such as chalk or mud. In 2020, Indian police said they had arrested a spice producer found to be using donkey dung as an adulterant.
In April, Spanish police detained 11 people in what is thought to be one of the first cases of criminals using molecular science to pass off one plant product for another.

The alleged conspiracy involved a gang obtaining powdered extracts of gardenia flowers, which offer a colour and aroma very similar to saffron but are not authorised for food use in Europe, from a Chinese supplier.

Traces of geniposide, a single molecule used to distinguish gardenia from saffron in authenticity testing, were then removed using advanced techniques, and the resulting powder allegedly mixed with the sought-after spice otherwise known as “red gold” to be sold on at vast profit.

The Guardia Civil said it estimated the return made by one of the three companies under investigation was as high as €3m (£2.5m).

At the same time, scientists are fast perfecting technologies which they say will allow importers and food producers to verify the herbs and spices they are offering for sale, by using chemical analysis methods which can identify specific adulterants.

Bia Analytical, a Belfast-based company, is marketing authenticity tests for 15 different herbs and spices, claiming it can produce a full chemical fingerprint for a consignment within three days.

Bia Analytical, a Belfast-based company, is marketing authenticity tests for 15 different herbs and spices, claiming it can produce a full chemical fingerprint for a consignment within three days.
The result is something of an arms race between crooked suppliers and watchdogs.

As one enforcement source put it: “By and large, growers are just selling their produce. But when it leaves the farm gate there is an eco-system of middlemen, wholesalers and importers who at any point can slip in a packet of chalk powder or a sack of olive clippings. It’s probably still rare. But the problem is it’s getting less rare.”